Who are these people, anyway? 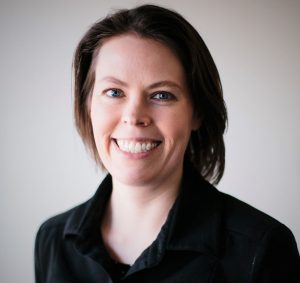 Sarah Chan. In addition to being married to Ben and raising our four children, I’m the administrator at Ben Chan Tech. I help Ben with on-boarding new clients, managing the website, and doing the books and payroll. I’m also taking on the blog, so I thought I’d start out by introducing ourselves.

I’m originally from Arlington, Virginia. My first job in high school was bookkeeping for a kitchen & bath remodeling company. I’ve also worked in retail sales, elder care, and as a transcriptionist for Federal News Service.

Ben does most of the heavy lifting for Ben Chan Tech, though. The most important thing you should know about Ben is that if he’s going to do a thing, he’s going to do it well. He prides himself on not only writing excellent code, but on anticipating the needs of his clients’ businesses, communicating quickly and clearly, and being reliable.

It’s not as though work is the only thing Ben is good at, either. You may have found this website via his YouTube channel at youtube.com/benchanviolin. Ben first started learning violin when he was 5 years old, and has been playing ever since. He majored in Violin Performance at Brigham Young University, and has placed in nation-wide violin competitions and performed in Carnegie Hall with the youTube Symphony Orchestra. Ben teaches a few students on the side, and enjoys sharing violin tips and techniques on his YouTube channel. Here’s one of his most popular videos:

In addition to the violin, Ben plays clarinet and piano. He’s also really good at Boggle, Scrabble and strategy games. My family takes Boggle very seriously — it’s our go-to family game — but Ben beats us all virtually every time.  Like I said, if he does something, he’s good at it.

That’s cool, but I’m really not here for a violinist or a Boggle player. 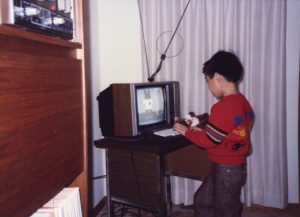 Never fear! As good as he is at his hobbies, Ben is even better at writing code. He first started to program at age six — and no, that’s not an exaggeration. His dad brought home a Commodore 64 and the Chan kids started programming on it right away.  Ben’s first program was an arrow that flew across the screen.  (“It was beautiful,” he told me when I asked him to describe it.)

Ben continued to write games and programs as a hobby throughout his childhood. He’s particularly proud of all the games he wrote on his TI-83 graphing calculator during high school. In college, Ben chose not to major in Computer Science because he was already a self-motivated learner who’d rather pick up a new skill for a job than for a class. He’s continued to challenge and push himself to learn new technologies on his own ever since.

Ben first began working as a technology contractor almost 15 years ago. He has helped start-ups and long-established businesses. He has written whole systems from scratch and he has taken over and finished or overhauled projects that other teams have written. He’s managed teams and helped his clients find and test programmers to join their businesses full-time. One thing Ben does not have is a lot of patience for shoddy work or programmers that don’t communicate well, so he’s also helped his clients to fire workers and contractors that are holding their businesses back.

Right now Ben and I live in Schenectady, New York. We have been married for 10 years and have four children. None of them are programming yet, to his great dismay. Maybe in a few years we’ll be able to add some of them to the Ben Chan Tech team.